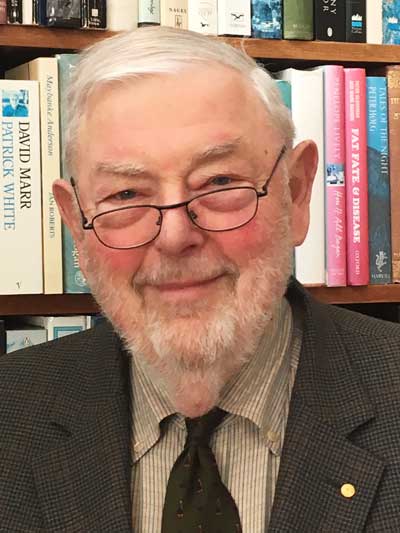 Professor John Funder is Distinguished Scientist, Hudson Institute, Professor, Department of Medicine, Monash University, Professorial Associate, Centre for NeuroScience, The University of Melbourne and Honorary Professor at the Institute for Molecular Biosciences at the University of Queensland.

For the last 50 years, Prof Funder’s research has been focused on aldosterone, the salt-retaining (mineralocorticoid) hormone, and the role of the mineralocorticoid receptor in organs such as the kidney.

His clinical and basic studies at Hudson Institute of Medical Research have demonstrated the roles of both hormone and receptor in hypertension and heart failure.

Prof Funder has served as a link between endocrinology and cardiology, and is internationally acknowledged as leading an exciting new era of hitherto unexpected roles for mineralocorticoid receptors across a spectrum of disease states. He has published more than 600 scientific papers in the last 50 years.

Professor Funder has active research collaborations at Hudson Institute of Medical Research (especially the Cardiovascular Endocrinology and Steroid Receptor Biology laboratories), the University of Sydney, with colleagues in the US and Europe, and in the pharmaceutical sectors.